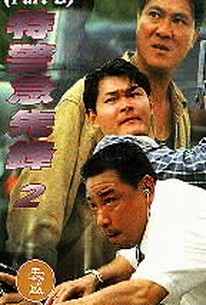 David Lam and Yuen Tak spin this police thriller about Hong Kong cops and their Taiwanese counterpart. Lee (Danny Lee) and Michael Chow (Mike Chau) are Hong Kong narcotics officers who after a drug bust gone horrible wrong ends up losing five million HK dollars of the government's money. Their subsequent investigation and pursuit of dealer Cheung Hung (Ricky Lee) sends them to Taiwan. There they run afoul with Taipei cops Ma Jiu (Chen Sung-yung) and Cheng Xiao-nan (played by Jean Wang of Iron Monkey fame). In spite of bruised egos and cultural differences, the four quickly realize that they are on the same side and team up to take out dreaded gangster Jiang Tian (Hou Hsiao Hsien regular Jack Kao). A pair of dizzying chases through Taipei's narrow, crowded streets and a railway shoot out ensues. ~ Jonathan Crow, Rovi

There are no critic reviews yet for Asian Connection. Keep checking Rotten Tomatoes for updates!

There are no featured reviews for Asian Connection at this time.