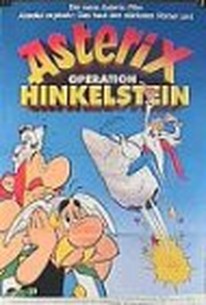 For those unfamiliar with Asterix, a popular character in European cartoons and comic books, he is a courageous but humorous-looking warrior of the Gauls in Roman times, and often single-handedly fights off the encroachments of the Romans. In this feature-length cartoon, the Romans have conquered everything except the village where Asterix lives. This has survived because the town druid has a special potion which confers incredible strength. However, at the time of the film, the druid has been knocked on the head and has lost his memory, which is inconvenient, to say the least. Asterix and his villagers must search far and wide for something which can help them either with the druid's memory, or with reconstructing his potion. ~ Clarke Fountain, Rovi

There are no critic reviews yet for Astérix et le coup du menhir (Asterix and the Big Fight). Keep checking Rotten Tomatoes for updates!

There are no featured reviews for Astérix et le coup du menhir (Asterix and the Big Fight) at this time.