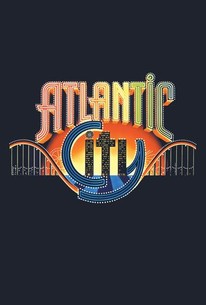 Burt Lancaster stars as Lou, an aging mob flunkey, barely making a living in Atlantic City. Susan Sarandon plays Sally, a casino croupier whose husband Dave (Robert Joy) steals a large supply of drugs from the mob. When he is killed, the narcotics pass to the unwilling Sally. Lou, in the midst of longtime affair with middle-aged gangster's widow Grace (Kate Reid), falls for the much younger Sally, becoming her savior by killing the mob thugs sent to shut her up. The killings serve a therapeutic value for Lou, proving that he hasn't lost his old panache.

Cec Linder
as President of Hospital

Ann Burns
as Singer in Casino

Marie Burns
as Singer in Casino

Jean Burns
as Singer in Casino

[Sarandon is] shirtless before she even has a name, but her desire to be ogled is granted dignity and power; gradually and unassumingly, she upstages a terrific Burt Lancaster.

"Atlantic City" is a sophisticated fairy tale, beautifully acted and beautiful to behold; it is as funny as it is touching.

Film is blessed with a spare, intriguing script by Yank John Guare, which always skirts impending cliches and predictability by finding unusual facets in his characters and their actions.

Atlantic City is a rough and tender film, a dreamer's film, and beautifully made. A small film that plays for high stakes and ends with the wheel still rolling.

The bleak cinematography and subtle score give Atlantic City a hypnotic quality and it obviously inspired Bruce Springsteen's track of the same name from his Nebraska album - in fact lines from the song are "borrowed" from Guare's screenplay.

Louis Malle's graceful, heartrending look at love and loss on the boardwalk remains as vibrant as ever four decades on.

Atlantic City references the action genre only to dismantle it from the inside... With feeling and exuberance, Louis Malle constructs a spectacle. [Full Review in Spanish]

It combines French discipline and nonchalance with an American generosity and high spirits. The dialogue is precise and often witty, qualities it shares with the acting.

It abounds in heroics, glories in coincidence, indulges in sentiment, laughs at Cupid's bizarre sense of humor and provides sumptuous parts for the five leading players, who know how to seize their opportunities.

"Everything dies, baby, that's a fact, maybe everything that dies some day comes back. Put your makeup on, fix your hair up pretty, and meet me tonight in Atlantic City". You don't realize how far back Lancaster's career goes until it hits you that he was already old in this film, yet this film is still older than that song. Nevertheless, I just had no choice but to make that reference in this case, because, Bruce Springsteen, in all of his liberalism, seems to be all about sharing American culture with foreigners. This film is not simply Canadian, but French-Canadian, although it shouldn't be too hard to tell that, because anyone from here can tell you that the real place to go for gambling in Las Vegas. Susan Sarandon is by no means a Canadian, but rather, so American that she's from Queens, so I can't believe that they managed to convince both her and Manhattan's own Burt Lancaster to go to New Jersey. I for one am glad that they because we got some seriously good performances and a seriously good film out of their betrayal, and yet, it still stands to carry a little more maple (That's for you Canucks out there who, I don't know, consume maple like juice), at least to development. You don't get much immediate insight into the background of the characters and their stories, and gradual exposition is a little questionable, being barely that much of an issue by its own right in this generally well-characterized drama, but still falling before conflicts which might feel melodramatic without the character motivations' being tightly fleshed out in the context of the narrative. I can't entirely buy in on the film, and it doesn't help that it doesn't sell all that much unique material, at least consistently, having some refreshingly tasteful spots to punctuate a formulaic-feeling gangster and romantic-drama plot, whose familiarity is blanding enough when not accompanied by dry spells. Although the thoughtfulness to Louis Malle's storytelling pays off in the long run, this drama is nonetheless predominantly subdued in its atmosphere, and although that is rarely, if ever all that boring, it leads to cold spells in resonance and bland spots in entertainment value upon Malle's running out of material to draw upon with his meditativeness. Running just a little over 100 minutes, this film really isn't that long, let alone all that overlong, but it does drag its feet just enough to get repetitious, and even uneven, with too many layers to juggle all that organically. Jarring from one segment to the next, and bringing certain characters in and out of the mix, the storytelling gets to feeling, not simply unevenly focused, but all-out unfocused, and it really doesn't need to be, yet it still chooses to devolve to fat around the edges which actually stress how there should be only so much meat to storytelling to begin with. There are some natural shortcomings to this crime drama of surprisingly limited consequence, and if there is depth, then it is drawn out by inspiration found on and off of the screen, and challenged by questionable structuring and pacing which threaten reward value. The final product ultimately secures your investment pretty firmly through all of its shortcomings, both consequential and natural, as it delivers on plenty of inspiration, even offscreen. Louis Malle's only moderately European sensibilities at least compliment the subtle aesthetic value of this film, by placing Richard Ciupka's well-lit cinematographic lensing over a tasteful exploration of the lovely location of Atlantic City, and therefore keeping your eyes occupied, until all of the thoughtful storytelling pays off by overcoming dry spells through lightly powerful touches. The delicate tone of this drama is a little repetitious and blanding, but when it works, it pierces, subtly, but surely resonating and salvaging as much depth as it can from a narrative of only so much momentum, even in concept. The crime-themed tensions and, for that matter, dramatic intensity of this subject matter (There are a few shocking turn of events that seem to be brushed off as moderate inconveniences) go played down in this often conventional story concept, thus, the natural shortcomings stand firm, but through all of them and the consequential shortcomings is promising themes about age, new love, being a protector, escapism and the dangers of the crime world, and despite their going obscured by the missteps, they go brought to life by both Malle and John Guare. Guare's script may be unevenly structured and periodically formulaic, to where it offers only so much material for Malle to draw upon with his thoughtfulness, but it is clever, with memorable dialogue and some subtle twists in formula which keep you guessing as to what's the come. Only so much is fleshed out in Guare's script, yet once the writer does latch onto important aspects of storytelling, he milks them for all their worth, and that particularly goes for distinguished characterization. Even then, the characterization may feel so distinguished because the performances are so inspired, and that particularly goes for leads Burt Lancaster and Susan Sarandon, whose subtle, nuanced portrayal of an old man finding a new grip on life, and a young woman seeking a new life, respectively, and whose solid chemistry, drive much of the heart of this character drama. Quite frankly, most all of the strengths of the film are subtle, but they stand firm enough in quantity and resonance to transcend shortcomings and reward the patient. Bottom line, there's a touch too much underdevelopment to sell certain histrionics, in addition to a few conventions, and too many dry spells for you to disregard the uneven excesses to the telling of a narrative of only so much consequence, but there's also enough inspired direction, writing and acting to bring life to intriguing subject matter, and secure Louis Malle's "Atlantic City" as a generally quite compelling crime drama. 3/5 - Good

Cool little gangster film starring the always entertaining, legendary Burt Lancaster. What I liked most about the movie was the connection between Lancaster's character and the city itself (run down, out with the old and in with the new). Susan Sarandon also does a great job in the film (she was so beautiful back then, but her acting style has not changed one bit over the years....not that it needed to). Louis Malle does a nice job with what could have been a run of the mill gangster story, keeping it light and with some nice touches here and there. Good choice for anyone looking to enjoy some Lancaster.

Those in Toronto will know it as the film where City TV former head Moses Zanimer has a cameo as a hood. You expect more from a lineup that includes Lancaster and Sarandon but it doesn't quite do it. I think this is Lancaster's last major film. What a shame.

Maybe my favorite Burt Lancaster movie -- when it's the most recent one I've seen : ) I can never decide. So many good choices. The way he celebrates the killings is a great sequence.

This is also, if not THE best, one of the top Sarandon performances.