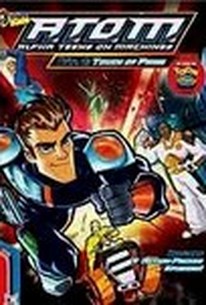 Hawk, Axel, Shark, King and Lioness are ATOM (Alpha Teens on Machines), a five-member crime-fighting force. Under the watchful eye of Mr. Lee, they test experimental vehicles and weapons in their battle against crime boss Alexander Paine. Each is a martial arts expert with powers that come in handy as they save Landmark City from the forces of evil.

There are no critic reviews yet for A.T.O.M.. Keep checking Rotten Tomatoes for updates!

There are no featured reviews for A.T.O.M. at this time.