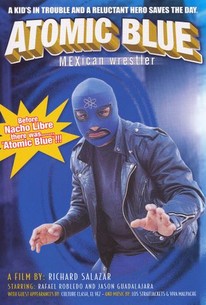 Set in contemporary Los Angeles, this fast-paced indie flick stars Mexican wrestler Atomic Blue as a man trying to put his past behind him. Young Nick Rodriguez, devastated by his brother's death and worried about a land developer who wants to destroy his neighborhood, is looking for a knight in shining armor -- and thinks he's found one in former wrestling champ Atomic Blue. Trouble is, the aging athlete isn't anxious to be a hero anymore.

There are no critic reviews yet for Atomic Blue. Keep checking Rotten Tomatoes for updates!

There are no featured reviews for Atomic Blue at this time.