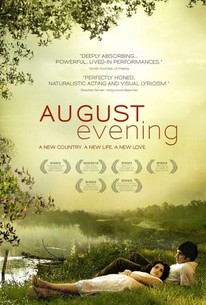 Critics Consensus: Chris Eska's debut feature is a simple but compelling film, with strong performances and a story that moves along slowly but never fails to engage its audience.

Critics Consensus: Chris Eska's debut feature is a simple but compelling film, with strong performances and a story that moves along slowly but never fails to engage its audience.

Critic Consensus: Chris Eska's debut feature is a simple but compelling film, with strong performances and a story that moves along slowly but never fails to engage its audience.

The bonds of family are weathered by the winds of change in this independent drama from writer and director Chris Eska. Jamie (Pedro Castaneda) is an illegal immigrant living in Texas, where he earns a living doing odd jobs and farm work; in his early sixties, Jamie is no longer a young man, but he works hard and takes his responsibilities seriously. Jamie shares his home with his daughter-in-law, Lupe (Veronica Loren), who has been on her own since the untimely death of her husband. Jamie feels a paternal love for Lupe, and tries to look out for her however he can, while she looks up to the strong but gentle old man. Life is slowly changing for both of them, though; Jamie isn't getting the same kind of work he once did, and his health is beginning to fail him, while Lupe is gradually finding new love, which deeply concerns her protective father-in-law. August Evening received a special "sneak preview" screening as a work in progress at the 2007 South by Southwest Film Festival.

Cesar Flores
as Salazar
View All

Loren has an ethereal presence that is, at the same time, indomitable.

Eska's tale of a woman's unconditional support of her father-in-law is told with a faux-poetic sensibility that never really connects with his characters' lives.

This quiet, contemplative gem of a film paints a painfully accurate portrait of familial love, loss, and healing-by-degrees among the migrant communities bordering San Antonio.

A poignant film filled with ample rewards for those who submit to its leisurely pace and gentle observations.

Eska, who wrote and edited his film, appears to be at the beginning of a good career.

A mature move for a debuting filmmaker.

August Evening creates a complete world, with all of its practical limitations and emotional possibilities, for Jaime and Lupe to hunt for their place in.

A shooting star of a movie with awesome beauty in its characters, in the natural world, and in the cycles of creation and destruction depicted in the emotionally affecting drama.

Rich in atmosphere and family values.

This movie has a slow pace, but some wonderful moments. It's a slice of life movie about strong relationships, and the importance of family. Not for someone who gets bored easily, however, because it really is a slow moving (yet nice) drama.