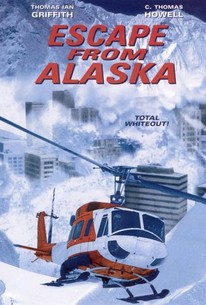 Three years after an explosion in an Alaskan oil refinery, a massive, deadly avalanche is sparked. Environmental inspector Dr. Lia Freeman (Caroleen Feeney) is sent to grant final approval to the renovated refinery's new pipeline. The sole survivor of the previous avalanche, Dr. Freeman is meticulous in her inspection and has vowed to prevent a similar tragedy from occurring again. Soon convinced that the risk for disaster is even greater than it was before the first explosion, Dr. Freeman's warnings go unheeded leaving the door open to disaster. When Dr. Freeman enlists the help of local helicopter pilot Neal Meekin (Thomas Ian Griffith) in preventing another avalanche, the race is on to convince the citizens of the danger they face and get out of town before being engulfed in an unprecedented whiteout.

There are no critic reviews yet for Avalanche. Keep checking Rotten Tomatoes for updates!

There are no featured reviews for Avalanche at this time.