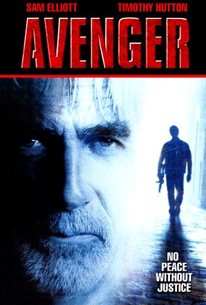 Oscar nominated filmmaker Wolfgang Petersen executive produced this TNT/Warner Brothers co-production concerning a small-town lawyer and one-time Special Forces operative who embarks on a violent quest to avenge the brutal murder of his daughter, and soon finds his thirst for vengeance threatening world stability. Cal Dexter (screen veteran Sam Elliott) never expected to assume the role of avenging angel of death, but when his daughter suffered a horrifying death his all-consuming hunger for revenge proved too powerful to resist. Now two years have passed, and Stephen Edmonds (William Hope), a wealthy business tycoon, has enlisted Dexter's meting out a similar brand of justice to Serbian war criminal Zoran Zilic (David Hayman) - who recently murdered the high-profile industrialist's worker-aid son in Bosnia. Zilic isn't any run-of-the-mill bad guy though, because despite his sordid history he's currently being utilized by the CIA in a covert operation. Now the agent in charge of the case (Timothy Hutton) must follow his boss (James Cromwell)'s orders and prevent the determined Dexter from carrying out his treacherous mission before the decorated war hero sets of a destructive chain of events that could plunge the entire planet into war.

Timothy Hutton and James Cromwell ought to be interesting as CIA heavies.

Its plot is merely an afterthought, a thread on which we hang the coolness that is Sam Elliott.

There are no featured audience reviews yet. Click the link below to see what others say about Avenger!