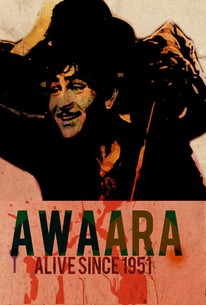 After a career spent putting the guilty behind bars, the respected Judge Raghunath (Prithviraj Kapoor) is suspicious when Raj (Raj Kapoor), a petty thief, begins courting Rita (Nargis), the young lawyer he's taken in as his ward. Frustrated with the judge's distrust of him, Raj attempts to force his hand by threatening his life. But Rita's shock at his course of action could end up driving her away for good.

There are no critic reviews yet for Awara. Keep checking Rotten Tomatoes for updates!

There are no featured reviews for Awara at this time.