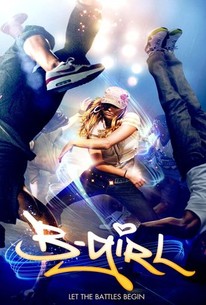 A talented New York City breakdancer relocates to LA in the wake of a vicious attack, quickly immersing herself in the underground hip-hop scene and joining a new dance crew that could be bound for greatness. The doctors told Angel (Julie Ulrich) she might never dance again, but after regaining her abilities and perfecting her moves, this demon on the dance floor sets out to prove she had what it took all along.

There are no critic reviews yet for B-Girl. Keep checking Rotten Tomatoes for updates!

There are no featured audience reviews yet. Click the link below to see what others say about B-Girl!