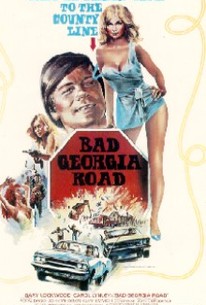 Bad Georgia Road, an unpleasant little thriller directed by John Broderick, is the story of a young woman (Carol Lynley) who inherits an illegal liquor distillery from a relative. She turns it into a money-making business only to come up against the mob, who is her chief competition. The direction by Broderick is haphazard, the performances are uniformly poor, and there is little emphasis on production values or plot coherence. The only saving grace of this dismal melodramatic thriller is an appearance by Andy Warhol star and underground film-actress Mary Woronov who gives some life to her role. All in all, Bad Georgia Road is a poor, forgettable film.

There are no critic reviews yet for Bad Georgia Road. Keep checking Rotten Tomatoes for updates!

There are no featured reviews for Bad Georgia Road at this time.