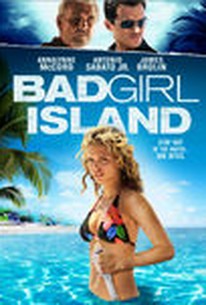 BAD GIRL ISLAND is a supernatural thriller about murder, temptation and mystical forces on an exotic island in the Bermuda triangle starring veteran actor James Brolin (Catch Me If You Can, Amityville Horror), Antonio Sabato Jr. (The Big Hit, "General Hospital") and AnnaLynne McCord ("90210", The Haunting of Molly Hartley). When the enchanting Simone (AnnaLynne McCord) mysteriously appears on the tropical island of Eleuthera, no man can resist her deadly charm. After seducing wealthy film producer Michael Pace (Antonio Sabato Jr.) in his dreams, she comes back to haunt him in real life when his best friend is found murdered and the only evidence is a video of his friend making love to Simone and of course Michael's dream. Surprisingly, Simone shows up at a casting session with Pace and famous director, Terry Bamba (James Brolin) and soon they are all entwined in a deadly game of deception, seduction and revenge.

There are no critic reviews yet for Bad Girl Island. Keep checking Rotten Tomatoes for updates!

There are no featured audience reviews yet. Click the link below to see what others say about Bad Girl Island!