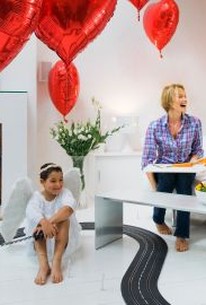 An actress wrestling with feelings of inadequacy decides to make a film about her peers in this comedy from France. Maiwenn Le Besco is an actress who, after a less-than-distinguished career in the movies, has wowed critics with a series of one-woman-shows. While Maiwenn's career is been revitalized, she's having doubts about her work and her motivations. As a way of looking into herself, Maiwenn decides to make a documentary about some of France's leading actresses, a number of whom are her friends, so she can reevaluate her own creative process by studying others. As Maiwenn films interviews with the likes of Jeanne Balibar, Julie Depardieu, Charlotte Rampling, their eccentricities tend to take center stage as they indulge their neuroses or simply attack the crew in a fit of diva-style misbehavior. Meanwhile, as Maiwenn's subjects seem to be losing touch with reality, the actress turned auteur isn't faring much better as her relationship with her boyfriend, a French hip-hop star, begins to fall apart and her insecurities become even more pronounced. Bal Des Actrices (aka About All Actresses) was the second feature film directed by Maiwenn, who professionally uses only her first name.

As a director and actress, the Gallic Maiwenn is a talent to watch.

The film is amusing, the musical numbers inventive, but it is also self-indulgent and full of inside jokes. One wishes that Le Besco had aimed for some real truths along with sending up the cliches.

There are no featured reviews for Le Bal des actrices (All About Actresses)(The Actress' Ball) at this time.