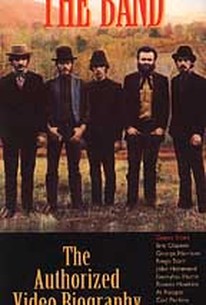 Harry Dean Stanton narrates this documentary that takes a look at the career of the musical group the Band. The group emerged in the late 1960s and their musical style was something new for the times -- a style that went beyond the psychedelic musical movement of the 60's. Go behind the scenes and see the private and professional lives of the band members. Hear how they became a group and what inspires their musical style. This video highlights music from the albums Music From Big Pink, and The Band. See film footage from performances of: "The Weight, "The Night They Drove Old Dixie Down," "Up On Cripple Creek," and "Life is a Carnival." ~ Beth Deki, Rovi

There are no critic reviews yet for Band - The Authorized Video Biography. Keep checking Rotten Tomatoes for updates!

There are no featured reviews for Band - The Authorized Video Biography at this time.