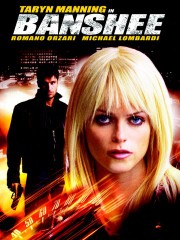 Don S
April 7, 2014
A mostly emotionless drama featuring a car thief who steals a serial killer's hot rod and lives to regret it. Taryn Manning is appealing but can't act worth a darn as is also the case for the rest of the cast. The serial killer angle is a decent thought, but it is mishandled so badly that you barely feel the threat from the guy. Made for cable, and it shows.

WS W
October 1, 2013
A misleading marketing of "car" focusing brought along with lots of false hope, otherwise could be an okay TV-movie scale thriller.

Debbie P
January 27, 2013
I absolutely loved this movie. I had never heard of this Canadian movie before, and I almost quit watching it at the beginning. But it did hold my attention, and thought it had a great story line. Taryn Manning's character was one not to be messed with. I highly recommend this movie.

Melania S
September 2, 2012
I like Taryn Manning a lot and she's really cute in this movie.

Abdulmalik A
August 29, 2012
only watched 5 mins of the thing. more than enough to judge it.

Another low budget movie about a particular professional car thief who steals cars for a living, and then at that one specific time accidently loses her ID while stealing a car and never even realizes it before her life turns upside down which means in coming across a real serial killer DJ!

Absolute nonsense and clusterphobic in which the storyline seemed to be totally improvised to make the main villian more disgusting than what viewers saw him at the beginning!
Don't try to figure this one out where you have the star of the movie, a girl whose about 5 feet tall, skinny as an apple kicking people's asses fifteen times taller and bigger than her- I've enjoyed movies that have smaller women taking on bigger men on action films such as with Angela Jolie (Wanted, Salt, Tomb Raider) and Miscelle Kahn Yeoh (Yes, Madam, Royal Warriors) except that the difference is that these movies look real and is convincing- this one looks like total play fighting!

Heather M
½ November 20, 2010
This was a fairly entertaining movie. Manning gave a suprising performance. The cops were a little cliche, but I wasn't expecting this to be an award winner.

Melanie B
January 3, 2010
I like Taryn Manning a lot and she's really cute in this movie.

Manda C
½ July 16, 2009
Not too bad even though Banshee isn't sure if it's a car flick or a serial killer thriller. Could have done with a little more action and better acting.

Mike C
½ January 4, 2009
There's absolutely no guessing who the murderer is in this movie. The answer hits you in the face like a sledge-hammer quite early on. so no, this isn't CSI.
While the inevitable car chase is entertaining and even funny at times, its also quite short. The Red Charger may be featured on the box art and is, ineed, an integral part of the story. But this isn't Gone in 60 Seconds or Fast and the Furious.
This does, however, become the story of a race. But it's not about the cars. Instead, it becomes about a race for time. There's more at stake here than a few thousand bucks.
At times the dialogue is shallow and plot movment cliched, but there are some interesting twists and some truly suspensful moments in this movie. The story is actually quiite decent for one that is so transparent.
Besides that Taryn Manning is hot. Of course her character, Sage, is also tough while maintaining her femininity and smart enough to outwit cops and a serial killer.
If there is one thing that bothers me its that this movie is so clearly made in Montreal, but it takes place in some unamed American city. Producers and directors: if you are filming in Canada and not going to take the time to make the set look American, then don't bother pretending its anywhere but in Canada

Janin W
September 24, 2008
A low budget film, but still enjoyable. What can I say? I enjoy movies with chicks that kick butt (lol)

Brian R
September 24, 2008
The female hero wasn't completely convincing, but it was a much better movie than I had expected. Lots of action, good ending

***@ll out RoCkIN cHiCK***
August 15, 2008
I SEEN THIS MOVIE YOU SHOULD WATCH THIS ITS VERY KOOL. LOT OF ZAGGING. WONDERING WHAT THAT MEANS WELL WATCH AND YOULL SEE YOU WILL WANT TO WATCH IT OVER AND OVER AND OVER AGAIN.

Patricio D
July 24, 2008
Not bad, not good either. Some car chases and a few nice stunts, but kinda boring at the end. it could've been some much more it was.

Esperanza N
July 10, 2008
good one, interesting theme! original story
suspense and all that stuff so like it!
the whole dj of screaming sounds like.... i dont know a scream lol
Page 1 of 3