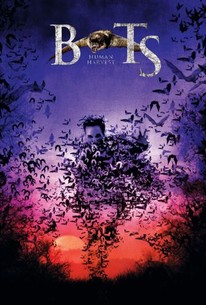 This horror film focuses on a rogue weapons research scientist who, after losing his project to a shut-down by the American military, sets up camp in the Belzan forest of Chechnya. A team of hardcore Deltas are making their way through the wilderness to find the doctor's lab before the Russians do, but they're confronted by unanticipated terror when they run up against the scientist's project: a massive cloud of bloodthirsty bats.

...the film has been infused with an egregiously amateurish vibe that extends to virtually every aspect of the production.

Marines vs. killer bats. Sadly, it's nowhere near as much fun as it sounds.

I recognized David Chokachi from TV's Baywatch as one of American Special Forces soldiers. The bats are very flesh-eating creatures than 1999's Bats, but the computer generated are worst that didn't make it look real to me.