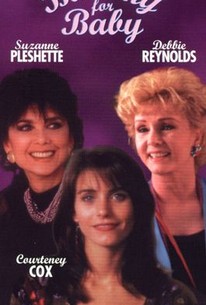 Who'd have thought that we'd ever watch Debbie Reynolds and Suzanne Pleshette playing grandmothers? Yet, grannies they are-and very glamorous ones-in the made-for-TV Battling for Baby. A pre-Friends Courteney Cox plays a young mother who decides to go back to work to help pay the bills. Cox's mother, Pleshette and her mother-in-law Reynolds battle over who will have the honor of looking after the baby while the new mom is away. A few "very special" dramatic scenes aside, this is essentially harmless froth, in the tradition of 1950s TV sitcoms. Battling for Baby originally aired January 12, 1992.

Critic Reviews for Battling for Baby

There are no critic reviews yet for Battling for Baby. Keep checking Rotten Tomatoes for updates!

Audience Reviews for Battling for Baby

Debbie and Suzanne are the whole show and have some good scenes where they square off.