The Bawdy Adventures Of Tom Jones (1976) 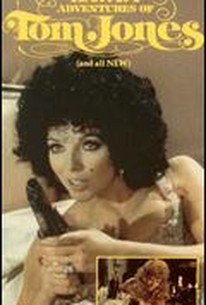 This is not the same kind of film as the 1962 production, Tom Jones. In fact, it is a "nudie musical", as evidenced by the presence of singing star Georgia Brown in the dual role of Jenny Jones and Mrs. Waters. The project originated as a Las Vegas stage presentation, with Nicky Henson in the lead. The plot of the Henry Fielding novel about the "boy born to be hanged" is followed in spirit rather than to the letter, with busty Joan Collins thrown in like a lagniappe as a lady highwayman. Wandering through the proceedings are such English stalwarts as Trevor Howard and Terry-Thomas. ~ Hal Erickson, Rovi

Critic Reviews for The Bawdy Adventures Of Tom Jones

There are no featured reviews for The Bawdy Adventures Of Tom Jones at this time.