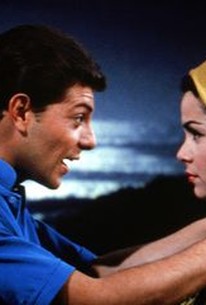 Buster Keaton
as Himself

Earl Wilson
as Himself

If this one is considered the best in the series, I'd hate to see the others.

How anyone can be in a bad mood after they watch this would be beyond me. A great cult classic!

Easily the most consistently entertaining movie in the [beach party] series.

Bingo never slows down, never misses a beat, never stops being anything but great, great fun.

Silly, but so campy fluff with Annette and Frankie.

I'm not going to hide it, I dug this film a lot. If swingin' music, hot chicks in bikinis, pansy ass biker gangs, mermaids and wacky high jinks are up your alley; I think you'll like it too.

The best of the Frankie and Annette flicks. Goofy but enjoyable.