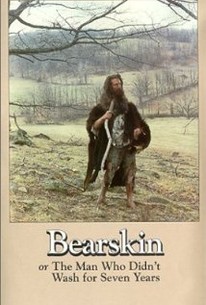 Johnny Fortune (Damon Lowry) may be no good to anyone, but he's not particularly mean about it. After all, he left his girlfriend behind because the men from the casino were after him for stealing money, not her. He flees to England and becomes part of a small-time Punch and Judy act. His job is to advertise the show by parading around in a bear suit. This is okay by him, as the costume is a pretty effective hiding place. Eventually the casino's hired thugs track him down, and things heat up a bunch. It's lucky for him that the puppet show is run by a couple of really resourceful people (Tom Waits and Julia Britton who have become his friends. ~ Clarke Fountain, Rovi

There are no critic reviews yet for Bearskin: An Urban Fairytale. Keep checking Rotten Tomatoes for updates!

There are no featured reviews for Bearskin: An Urban Fairytale at this time.