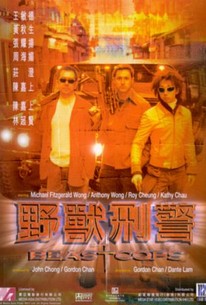 Gary Mak
as Policeman
View All

Unfortunately, the acting is wildly uneven, from Michael Wong's irremediably wooden performance as the clean cop to Anthony Wong's insightful portrayal of the dirty one, a man who treats the mobsters on his watch like blood brothers.

Excellent police drama with great performances by all cast members, but particularly Anthony Wong. Deserves all the acclaim it gets, a great look at police corruption. The fact that I love this film when I was expecting it to be a horror movie (my favourite genre) and it turned out to be a drama speaks very highly of it indeedydoo.