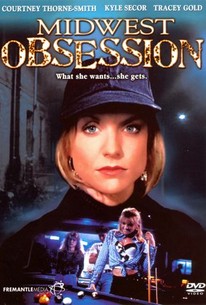 Television standbys Courtney Thorne-Smith (Melrose Place, Ally McBeal), Kyle Secor (Party of Five) and Tracey Gold (Growing Pains) co-star in the prime-time melodrama Beauty's Revenge (AKA Midwest Obsession), which first premiered on NBC, on Friday, September 22, 1995, but is now available in this home video release. Thorne-Smith plays Cheryl, a diabolical and sociopathic high-school cheerleader in a Midwestern small town, who has her heart set on dating nice guy mechanic Kevin (Secor). Only one problem: Kevin's already attached to Beth (Gold), a local plain Jane. Beth therefore stands as an obstacle in-between Cheryl and Kevin, and Cheryl schemes to eliminate her rival. But first, Cheryl grows irate over her father's lack of affection toward her, and decides to off Kevin's best friend, Larry (Stephen Fanning). Soon, the cops have multiple homicides on their hands - all of which point to the same girl. William A. Graham directs, from a teleplay by Duane Poole.

There are no critic reviews yet for Beauty's Revenge. Keep checking Rotten Tomatoes for updates!

Pretty b-grade. Courtney Thorne-Smith plays a whacked out beauty queen who falls for a man who is already taken and will do anything it takes to have him. Even scarier, it's apparently based on a true story. The receptionist's stylish bob outacts everyone here. But it was fun trashy viewing.