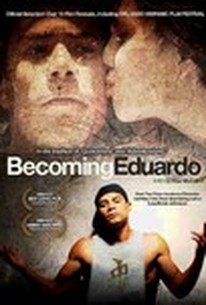 Despite his natural intellect, 16 year-old Eddie Corazon (Julian Alcaraz) has little interest in school work; most days, he spends his spare time dealing drugs and acting tough with his friends. Everything changes, however, when he's forced to enroll in a ballroom dance class and meets the bright, beautiful Lupe (Elizabeth Blanco). Soon enough, the teen learns that the true measure of a man has nothing to do with his street cred.

There are no critic reviews yet for Becoming Eduardo. Keep checking Rotten Tomatoes for updates!

There are no featured reviews for Becoming Eduardo at this time.