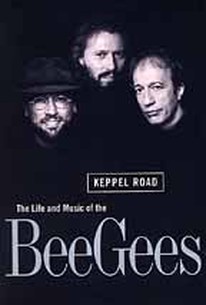 For good or ill, few pop groups have had a career as interesting as the Bee Gees; they rose to popularity in the 1960s, fell out of favor, became more popular than ever in the late '70s, and became remarkably unfashionable a few years later, only to enjoy yet another career resurgence in the 1990s. Bee Gees: Keppel Road -- The Life and Music of the Bee Gees is a feature-length documentary (created with the Bee Gees' participation) that follows the Brothers Gibb -- Barry, Robin, and Maurice -- from their early childhood in England to their rise to superstardom in Australia, and the convoluted career path that eventually led them to their induction in the Rock and Roll Hall of Fame in 1997. Along with interviews with the three members of the group and a wealth of vintage footage, Keppel Road -- The Life and Music of the Bee Gees also features a number of new live performances staged specifically for this film.

There are no critic reviews yet for Bee Gees: Life and Music on Keppel Road. Keep checking Rotten Tomatoes for updates!

There are no featured reviews for Bee Gees: Life and Music on Keppel Road at this time.