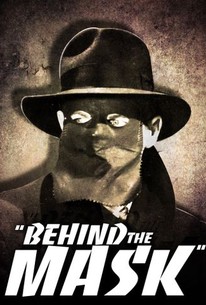 Crooked newspaper columnist Jeff Mann (James Cardwell), who apparently was blackmailing half the criminal gangs in the city, is murdered in his own office, and a police officer is killed the same night in the alley outside the newspaper's building -- and the prime suspect is the Shadow, the mysterious masked adventurer with the ability to cloud men's minds so they can't see him. The Shadow is, in reality, millionaire playboy and dilettante criminologist Lamont Cranston (Kane Richmond), who is about to get married to Margo Lane (Barbara Read); he's vowed to give up being the Shadow, but now he has to investigate this case to clear himself, much to Margo's dismay. Police Inspector Cardona (Joseph Crehan) wants to prove the Shadow committed the murders, and Mann's editor Brad Thomas (Robert Shayne) is calling for the Shadow's blood in his newspaper's editorial pages. This leaves Cranston with his hands full, especially after Margo -- anxious to get him to the altar -- tries to solve the case herself, at one point even masquerading as the Shadow. Between keeping her out of his way and staying ahead of the real culprit, the police, and the gangs that Mann was blackmailing, Cranston and his valet Shrevie (George Chandler) just about get themselves killed a couple of times, amid a string of comedic and mysterious twists that lead right back to the murder scene for the identity of the killer.

James B. Cardwell
as Jeff Mann

Critic Reviews for Behind the Mask

The attempt at comedy was pathetic.

There are no featured reviews for Behind the Mask at this time.

Behind the Mask Quotes