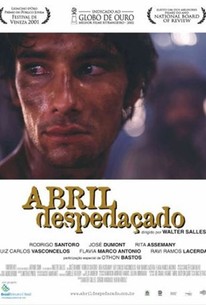 Critics Consensus: Visually poetic, Behind the Sun is a powerful statement about cycles of violence.

Critics Consensus: Visually poetic, Behind the Sun is a powerful statement about cycles of violence.

Critic Consensus: Visually poetic, Behind the Sun is a powerful statement about cycles of violence.

Behind the Sun Photos

A young man is forced to choose between family tradition and his own dreams and desires in this drama from Brazilian filmmaker Walter Salles. In 1910 in a remote farming community, two families, the Breveses and the Ferreiras, both of whom earn their living growing sugar cane, have been squabbling over the ownership of a piece of land for years. The disagreement turned violent some time back, and after the first shot was fired and blood was spilled, the other family insisted upon killing the gunman as a matter of honor. The second shooter was then killed for the same reason, and ever since the two clans have been trading off murders in the name of familial honor and justice. The Breveses, who are a much smaller family, have been suffering a great deal more than their rivals thanks to this feud; a steady drop in sugar prices has also left the family with little but their pride. When Inácio, the first-born son of the Breves family, is shot down, his father (José Dumont) orders his next-oldest son, Tonho (Rodrigo Santoro), to kill one of the Ferreira boys after the traditional month-long waiting period. Tonho finds himself questioning the wisdom of this bloody rivalry, and he ponders his fate while spending time with his younger brother (Ravi Ramos Lacerda), whom his parents never bothered to name. As Tonho ponders his fate, a small traveling circus comes to town; Tonho and his brother are soon caught in the spell of Clara (Flavia Marco Antonio), a beautiful circus performer who befriends the young boy and nicknames him Pacu, while Tonho finds himself falling in love with her, and longing to travel the country at her side. Abril Despedacado won the Little Golden Lion award at the 2001 Venice Film Festival.

Critic Reviews for Behind the Sun

The appearance of circus performers in any film not by Fellini usually bodes ill, and it does so here.

A bleak, beautiful cinematic fable driven by the brutal logic of blood feuds and transformed by an overpowering sense of wonder.

Salles' movie taps into matters that are at once ancient and mythical and, needless to say, headline-fresh.

Salles starts with the loudly trumpeted theme, then tacks on a slim plot to justify the clamour.

A lovely journey, but it's like a picture book whose text is merely incidental.

a family saga told with all the muscle of the best Sergio Leone western.

A sumptuously filmed parable on the futility of violence.

A family blood feud between neighbors over land in the rural sugarcane fields of the Brazil of 1910.

Gets away with its shortfalls almost solely on the basis of its cinematography.

Audience Reviews for Behind the Sun

It is easy to fall in love with the film's gorgeous visuals, but let's not overlook how the script is poorly developed and clearly deserved a few rewrites to be more efficient, being instead an obvious revenge story that feels contrived and lacks in narrative cohesion.

Tragic, beautiful, poignant, compelling. A well told story not easily forgotten. This was one of the most moving films I've seen in a long time. It's golden colors seem to breathe the very heat of the desert itself, and the cinematography is breathtaking. The actors do a brilliant job with their performances, a fine example of perfect casting . I don't see this is as a story about revenge, or even hatred, but more about one's willingness, or unwillingness, to blindly accept a ritual based on an idea which is not valid. Excellent film!

Behind the Sun, Abril Despedacado, a Brazilian movie who told the simple story about two families locked in a blood vendetta over sugar cane land in the late 19th century somewhere in a northern part of Brazil. Beautifully shot against dry Brazilian landscapes and narrated through the eyes of a little boy and off course the tremendous cast of talented actors, especially, Rodrigo Santoro. However, it was the little boy who really stole the show and carried the movie through. He was fantastic, and showed real brotherly love, and the relationships between the families.This movie was often painful but delightful for those who admire depth, romanticism and beauty of expression. A must to see.

Behind the Sun Quotes