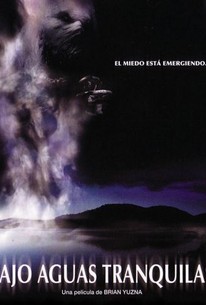 Forty-years after a group of frightened villagers convinced authorities to build the dam that would flood the village of Marinbad and drown the evil that lurks therein, a village built next to the reservoir that sits placid over the cursed ground begins to experience a series of mysterious deaths. Decades ago a curse consumed Marinbad, and as the evil threatened to expand into the surrounding land the villagers successfully lobbied to have their once-peaceful hamlet flooded in hopes of keeping the malevolent spirits contained. Two decades have passed since that fateful attempt to wash away the sins of the land, and now something unspeakable has surfaced in the waters that cover Marinbad. When numerous area people go missing and scores of citizens perish under strange circumstances on the fortieth anniversary of the dam, it begins to appear as the one who was left for dead has risen from the depths. Director Brian Yuzna teams with The Fantastic Factory to adapt an original novel by author Matthew Costello.

Critic Reviews for Beneath Still Waters

Not as horrible as some of the direct-to-DVD stuff hitting shelves, but a weak movie all the same.

You'd think a southern-fried stew full of Lovecraft, Carpenter and Spielberg influences would make for a fairly decent way to spend 91 minutes. Nope.

Audience Reviews for Beneath Still Waters

Very cheesy with poor acting and effects, but I did like the story.