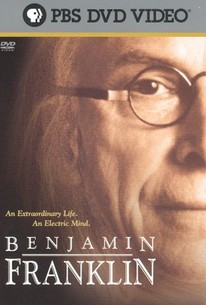 This PBS documentary demonstrates that there was more to Benjamin Franklin than most contemporary observers could imagine. The diversity of Franklin's achievements exceeded even what we know today, going far beyond the inventions, the Almanac, the statesmanship, the diplomacy...and the amorous conquests. Much of the teleplay is told in Franklin's own words, relayed in "talking head" fashion by two different actors: Dylan Baker as young Ben, and Richard Easton as the elderly Franklin. Other commentary is offered by a team of eminent historians and by narrator Colm Feore. Intended as a three-part miniseries, Benjamin Franklin ultimately aired in two segments, on November 19 and 20, 2002.

Dylan Baker
as Franklin as a young man

There are no critic reviews yet for Benjamin Franklin. Keep checking Rotten Tomatoes for updates!

There are no featured reviews for Benjamin Franklin at this time.