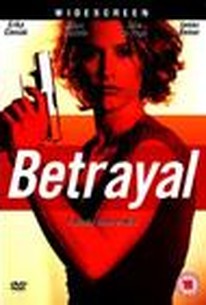 Jayne Ferré needs to get out of Los Angeles fast. A strikingly beautiful woman, yet ruthless assassin for the mob; she is on the run with a suitcase full of a million dollars in blood money, stolen from mob boss Frank Bianci. Sixteen-year-old Kerry is on the run from a drug dealer set on payback. His mother Emily decides to take Kerry and start a new life in Texas, but doesn't have enough money to get there. Jayne, who is now carrying a price on her head, must take out one would-be assassin at the train station before she offers to cover Emily's expenses if she can hitch a ride to San Antonio. Emily and her son gladly accept the offer. The unlikely trio's car breaks down and needs parts. They are left without a choice, so they check into a small motel for one night. While Jayne is showering, kerry sneaks a look through her belongings and discovers the case of cash. During the night, a well-meaning Kerry snakes into Jayne's room and steals the briefcase, then hitches a ride back to Los Angeles. Jayne realizes what happened but first has to deal with Bianci's men in a blazing gun battle outside the motel. Jayne forces Emily into a car and heads back to L.A. until Emily makes a daring escape. Alex Tyler, an FBI agent and seemingly Good Samaritan, picks Emily up and takes her back to L.A. At Emily's house mob boss Frank Bianci is dead, along with a crooked detective, when Alex gets a call from Jayne, and it becomes clear that they are working together. Jayne has Kerry hostage and Emily must bring her money or she'll kill him. But when Emily gets her hands on a gun, she turns the tables and a deadly standoff ensues between two trained killers, a couple of dirty cops, the mob, and a mother and son in what becomes a deadly game of wits to stay alive.

There are no critic reviews yet for Betrayal. Keep checking Rotten Tomatoes for updates!

There are no featured reviews for Betrayal at this time.