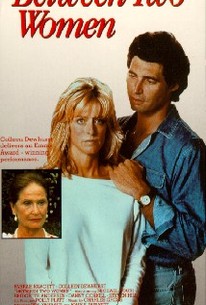 The old reliable movie title Between Two Women was activated once more for this made-for-TV film. Farrah Fawcett and Colleen Dewhurst star as, respectively, a domineering ex-opera star and a shy schoolteacher. The ads for the film suggested that Michael Nouri played the apex of a romantic triangle between the older Dewhurst and the younger Fawcett. In truth, he plays Dewhurst's son, incurring his mother's wrath when he marries Fawcett. Dewhurst's unwarranted interference destroy her son's marriage--but it is Fawcett who compassionately rushes to her mother-in-law's bedside when the older woman suffers a debilitating stroke. First telecast March 10, 1986, Between Two Women was based on Gillian Martin's novel Living Arrows.

Critic Reviews for Between Two Women

There are no critic reviews yet for Between Two Women. Keep checking Rotten Tomatoes for updates!

There are no featured reviews for Between Two Women at this time.