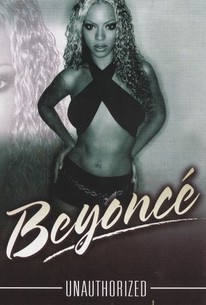 In her meteoric rise to fame, Destiny's Child frontwoman Beyoncé Knowles has weathered band-member shakeups and media criticism to become a wildly successful solo artist. Her supporters and detractors both get their say in Beyoncé: Unauthorized, a video biography that charts her progress from a kid with a dream to a multimillion-selling superstar. Since this video was not approved by the artist herself, none of her original music is used.

There are no critic reviews yet for Beyonce: Unauthorized. Keep checking Rotten Tomatoes for updates!

There are no featured reviews for Beyonce: Unauthorized at this time.