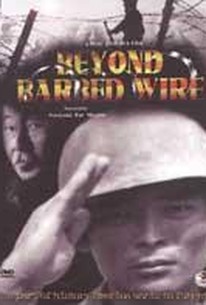 Shortly after the bombing of Pearl Harbor in 1942, the U.S. government enacted the notorious "Executive Order 9066" which ordered that thousands of Japanese Americans living on the West Coast be placed in special interment camps for the war's duration. Ironically, at the same time, over 2,000 Japanese Americans were serving valiantly overseas as U.S. soldiers. This eye-opening documentary utilizes interviews with aging veterans and archival footage to tell the stories of those who fought so hard for a country that betrayed them. It is also the story of the mainland-based 42nd Regiment and the 100th Infantry Battalion (AKA "The Pineapple Soldiers") from Hawaii who were teamed up and sent to Europe where they proved themselves in numerous battles and were at one point used as cannon fodder by a megalomaniacal general.

Critic Reviews for Beyond Barbed Wire

There are no critic reviews yet for Beyond Barbed Wire. Keep checking Rotten Tomatoes for updates!

There are no featured reviews for Beyond Barbed Wire at this time.