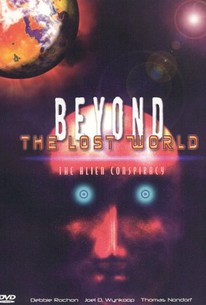 The line between the end of mankind and the beginning of another chapter in the book human evolution grows increasingly blurred when one of the Grey's contaminated human subjects reveals the extra terrestrial's frightening plans for the planet Earth in a tale of sci-fi survival starring Debbie Rochon and featuring a special appearance by genre legend Ted V. Michaels. With the Morphs scouring the Smokey Mountains in search of several time travel devices to be used in transporting all of Manhattan into outer space before the first missiles of World War III fly, some believe that the extra terrestrials have not come to destroy mankind, but same them from falling to their own destructive rage.

Critic Reviews for Beyond the Lost World

There are no critic reviews yet for Beyond the Lost World. Keep checking Rotten Tomatoes for updates!

There are no featured reviews for Beyond the Lost World at this time.

Beyond the Lost World Quotes