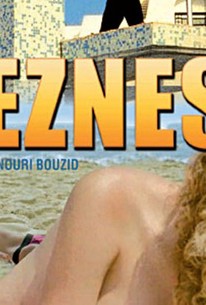 Roufa (Abdel Kechiche) is an attractive young man, and that works out well for him because he is a practitioner of "bezness:" he's a sex-for-hire boy for the tourists who come to Tunisia. His girlfriend deeply resents his having sex with other women but doesn't seem much bothered that a rich German man he's been having sex with is hoping to sponsor him in Europe. She also has a hard time with his tendency to behave like any other Arab male around a woman, telling her how to take care of her business. As it turns out, she's got better sense than any of the men around her.

There are no critic reviews yet for Bezness. Keep checking Rotten Tomatoes for updates!

There are no featured reviews for Bezness at this time.