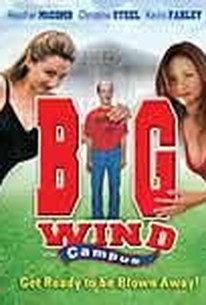 In many ways, Artie (Seth Walther) is a typical college freshman -- he's shy, a bit awkward, and is still trying to figure out how to fit in in his new environment. But Artie has a problem that makes it difficult to interact with people; since he was a child, Artie has been stricken with chronic flatulence, and while his good friend Bear (Kevin Farley) accepts him as he is and gets him into a fraternity, not every one else is so charitable about Artie's frequent gaseous outbursts. Artie becomes infatuated with Andrea (Christine Steel), a sexy co-ed, and to his surprise, Andrea seems interested in him as well. But Andrea is just using Artie to toy with her incredibly jealous boyfriend, and Artie doesn't recognize that Emily (Heather McComb), a pretty girl he's become friendly with, has actually fallen in love with him. Billed as "the comedy that stinks," F.A.R.T.: The Movie also features John Farley; both John and Kevin Farley are siblings of the late actor and comic Chris Farley. ~ Mark Deming, Rovi

There are no critic reviews yet for Big Wind on Campus. Keep checking Rotten Tomatoes for updates!

There are no featured reviews for Big Wind on Campus at this time.