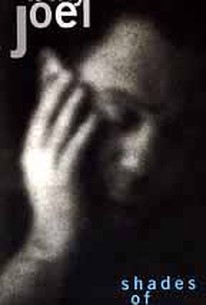 Pop star and songwriter Billy Joel offers a rare look at his creative process, as well as his life outside the spotlight, in this documentary. Billy Joel: Shades of Grey examines the making of his 1993 album River Of Dreams, and Joel's preparation for the massive concert tour which followed its release. Along the way, we are given an insight into the album's deeply personal material, as well as the professional triumphs and personal heartaches which inform Joel's songs. ~ Mark Deming, Rovi

There are no critic reviews yet for Billy Joel - Shades of Grey. Keep checking Rotten Tomatoes for updates!

There are no featured reviews for Billy Joel - Shades of Grey at this time.