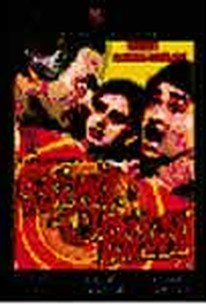 Overcome with his love for a beautiful girl (Poonam Dhillon), a charismatic actor (Randhir Kapoor) is forced to masquerade as an army officer when her retired-military father (Sanjeev Kumar) refuses to let them be together. With songs composed by R.D. Burman, this comedy of errors has a string of hit numbers, including "Gori Ya Kaali Ho Ya Nakhrewaali Ho," "Sadiyon Se Duniya Mein" and "Meri Bulbul Yun Na Ho Gul."

There are no critic reviews yet for Biwi O Biwi. Keep checking Rotten Tomatoes for updates!

InTheBasket program Christ, this is such a Fun Movie. This is my second Movie with Randhir Kapoor. I didnt know he is so funny. I enjoyed it every bit of it and when I say every bit than I mean every bit. The Cameo Appeareance of Rishi Kapoor is just too Funny. ABOUT 15 Seconds but you ll laugh your Socks off. Every Character is just so great in this Movie plus the Sanjeev in Double role. All the Kapoor were involved I wonder why not Shashi Kapoor though?