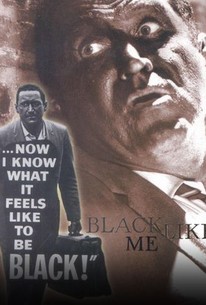 During the '60s, Caucasian journalist John Howard Griffin decided to find out what it was like to be an African-American in the South, so he set out to do so by changing his appearance and going on the road. Based on the book about his experience, this screen adaptation (by director Carl Lerner and his wife Gerda) was not considered by many to be a convincing tale. The plausability of much of the story on film is questionable, including the northern accent of actor James Whitmore, and his poor makeup job--which would not seem to fool anyone. Among the distractions in this drama include the many confusing flashback sequences and illogical circumstances involving the main character. After Black Like Me, Lerner would soon return to his former profession; film editor.

Llewellyn B. Skinner
as Stretch

Such unnecessary devices as flashbacks after the opening (so that the film could open with pizazz and fill in background later) reduce a unique and fascinating story to mere low-budget cliche.

There are no featured audience reviews yet. Click the link below to see what others say about Black like Me!