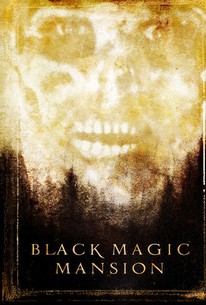 Despite the title and promotional materials for this bargain-basement film which feature the logline "Inspired by the works of H.P. Lovecraft," there are virtually no actual references to the works of the legendary American fantasist aside from the word "CTHULHU" embossed on the iron gates of the mansion itself. What passes for a plot involves a gang of obnoxious young drug dealers who decide to ransack the home of practicing magician Chandu (the always excellent Frank Finlay, whose boredom with the role is clearly evident) and hold him and his daughter hostage. Naturally, the evil forces lurking beneath the house will have little of that, and they soon exact their low-budget demonic revenge on the annoying thugs. This shabby, lifeless little Spanish/Italian co-production (also known by the more generic title Black Magic Mansion) has little to recommend it aside from one or two interesting moments, particularly the killer-refrigerator scene.

Melanie Shatner
as Eva
View All

There are no critic reviews yet for Black Magic Mansion. Keep checking Rotten Tomatoes for updates!

There are no featured reviews for Black Magic Mansion at this time.