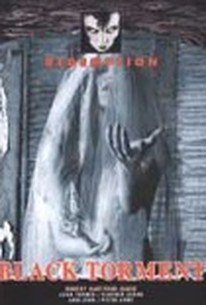 This staid British thriller stars John Turner as 18th-century nobleman Sir John Fordyce, whose blissful honeymoon holiday is cut brutally short by angry locals who accuse him of raping a woman from the village. Worse, they claim to have seen the ghost of his first wife riding through town on horseback, shrieking that she had died by her husband's hand. Despite Sir John's protestations of innocence, the hand of fate seems to be closing in, as more violent acts are perpetrated -- including the death of his father -- and his new bride (Heather Sears) is prepared to shoot him dead if he comes near her. All is revealed in the contrived climax -- which plays out like a Gothic version of a "Scooby-Doo" episode. The filmmakers tried to punch things up with a plethora of cheap spook-house gimmicks but fail to disguise the threadbare plot. ~ Cavett Binion, Rovi

If you are a fan of classic British horror, and you are looking for something in the same line as Hammer Films (if not as good), then THE BLACK TORMENT is worth checking out.

There are no featured reviews for Black Torment at this time.