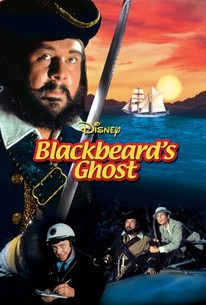 In this Disney film, Peter Ustinov stars as the eponymous wraith, who returns to Earth to come to aid of his descendant, elderly Elsa Lanchester. The villains want to kick Elsa and her friends out of their group home so that they can build a crooked casino.

Ned Glass
as Teller
View All

The plot is completely confused, and kids, who are much better at these things than adults, will enjoy its twists and turns. Ustinov is fine as the rum swilling, yo-ho-hoing Blackbeard.

[Peter Ustinov 's] very funny in the role of Blackbeard.

A yo-ho-wholesome retread of Disney favorites.

Another stupid Disney live-action piece of inane cliches and situations.

I remember liking this one as a kid and the casino scene still stands out for me. Funny.

I have fond memories of this classic Disney live-action flick, which is now a classic.