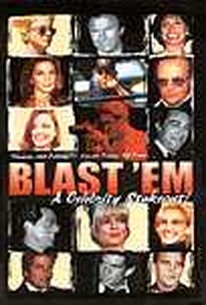 A descent into the world of freelance celebrity photographers, Joseph Blasioli's documentary focuses on Victor Malafronte as he makes his nightly rounds of New York charity events, premieres, and club openings. Malafronte has two current targets: Michael J. Fox and John F. Kennedy Jr., neither of whom will "pose" for him and his fellow photographers as they arrive at and leave public events. Malafonte, admitting he's more aggressive than most of his colleagues, begins to stalk Fox and Kennedy, trying to catch them whenever they leave their homes, even if it's to jog in Central Park. The film also features interviews with other photographers, including the Italian veteran whose legendary 1960 encounter with Anita Ekberg (she came after him with a bow and arrow and then kneed him in the groin) inspired the character Paparazzo in Federico Fellini's La Dolce Vita; hence the term "paparazzi" as the plural term for the packs of these celebrity leeches. ~ Tom Wiener, Rovi

There are no critic reviews yet for Blast 'Em. Keep checking Rotten Tomatoes for updates!

There are no featured reviews for Blast 'Em at this time.