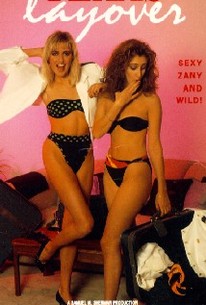 The title of sleaze merchant Al Adamson's Blazing Stewardesses tells all. So we can skip the plot (an amalgam of every horny-stewardess cliche since Come Fly With Me) and concentrate on the all-star cast. Veterans Yvonne DeCarlo, Bob Livingston and Don "Red" Barry seem justifiably embarrassed by their tawdry surroundings, but they manage to inject a soupcon of professionalism into the show. The film's top performing honors go to the Ritz Brothers, Harry and Jimmy (last-minute replacements for The Three Stooges). Ignoring the smarmy script and clumsy direction, the Ritzes regale their old fans and win a few new ones by running through some of their classic routines, including the legendary "hero sandwich" bit. The video version of Blazing Stewardesses includes a Ritz Brothers song & dance routine excised from the theatrical release version.

There are no critic reviews yet for Blazing Stewardesses. Keep checking Rotten Tomatoes for updates!

There are no featured audience reviews yet. Click the link below to see what others say about Blazing Stewardesses!