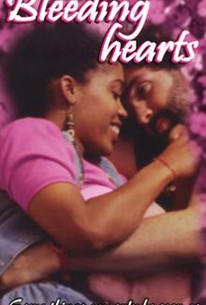 A doomed interracial relationship provides the focus of this tragedy. White paralegal Lonny, wants to write a political novel that rails against the system, but he can't seem to start it. His writer's block has cost him emotionally, and he is bored with his job, his conversations with his father, and with his girlfriend. He looks for something different. He finds it with black teenager, Denise as she prepares for her SATs. He is attracted by her intelligence and the eagerness with which she learns and offers to tutor her. She accepts and soon they have transcended the teacher student relationship and become closer. They face resistance at every turn, but they do not heed the warnings. Tragedy ensues.

Peter Riegert
as Doctor
View All

There are no critic reviews yet for Bleeding Heart. Keep checking Rotten Tomatoes for updates!