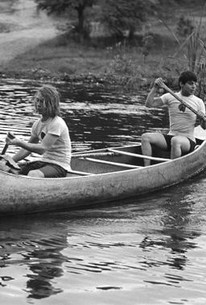 Bless the Beasts and Children Photos

Bless the Beasts and Children is most fondly remembered as the film which introduced the song "Nadia's Theme" (better known as the title music for CBS' Young and the Restless). The film itself is a well-meaning if heavy-handed tale of six idealistic young boys whom come to the rescue of a buffalo herd. There's a symbiotic relationship between the boys and the beasts: the kids have all been shunted aside as misfits and losers, while the buffalo have likewise been targetted for obscurity. Once the film makes its point, it really has nowhere to go; still, the location photography (with Catalina standing in for Arizona) is outstanding. Besides, how many other films have honored Billy Mumy with top billing?

Critic Reviews for Bless the Beasts and Children

Is it in favor of buffalo? Against parents who cause their children to become neurotic? In favor of neurotic kids because they're more sensitive than well-adjusted kids? An argument for gun control?

It is flawed, contrived and heavy with symbolism. But its heart is in the right place. It says something, not only about killing dumb animals but about our sense of values.

Stanley Kramer's children tale, which is earnest and obvious in its message, is now best known for its Oscar-nominated tune.

An ensemble piece from start to finish, it's difficult to single out one particular actor for comment.

Audience Reviews for Bless the Beasts and Children

Bless the Beasts and Children Quotes