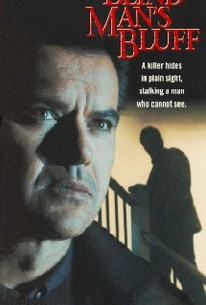 We wish we had a nickel for every time some producer cleverly titled his film Blind Man's Bluff -- then offered us a sightless hero or heroine. This time around, Robert Urich plays a blind professor, who finds himself the main suspect in a murder case. Investigating on his own, Urich comes to the inescapable conclusion that the killer is his own former girlfriend (Lisa Eilbacher). The suspense slackens only towards the end, when the film seems to be racing uncontrollably to a predictable dénouement. Made for TV, Blind Man's Bluff first aired on the USA cable network.

There are no critic reviews yet for Blind Man's Bluff. Keep checking Rotten Tomatoes for updates!

There are no featured reviews for Blind Man's Bluff at this time.