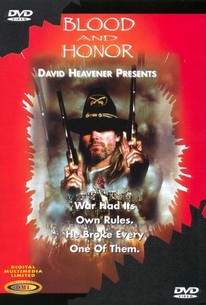 As war tears apart a nation, a romantic rivalry devastates a family in this historical drama. During the height of the Civil War, Union officer Col. Evans (Miles O'Keefe) claims the estate of the Marley family as his troops lay waste to the surrounding territory. Evans and his men take two women who'd been left behind at the house, Angela and Olivia, as prisoners. Angela and Olivia are sisters, and as romantic sparks begin to fly between Evans and both women in the confined quarters of the mansion, an ugly rivalry grows between the two women as they fight over who will win the Colonel's affections. Blood and Honor features Michelle Bauer as the elder of the two sisters and Maria Ortiz as the family's fiery Cajun servant.

Critic Reviews for Blood and Honor

There are no critic reviews yet for Blood and Honor. Keep checking Rotten Tomatoes for updates!

There are no featured reviews for Blood and Honor at this time.