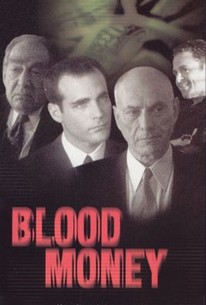 Stockbroker Tony Restrelli (Brian Bloom) returns to his San Diego home to attend the funeral of his brother. It isn't long before the Restrelli family patriarch reveals to Tony that his brother was a victim of a mob hit -- and that his family has long been enveloped in the tentacles of organized crime. Obligated to root out the men responsible for his brother's death, Tony finds himself becoming inextricably involved with mob activity himself. Produced and directed by Miami Vice alumnus Aaron Lipstadt, the R-rated Blood Money originally aired December 18, 1999, on The Movie Channel pay-cable service.

Lee Garlington
as Jimmy the Weasel

Tricia Peters
as Melody
View All

There are no critic reviews yet for Blood Money. Keep checking Rotten Tomatoes for updates!

There are no featured reviews for Blood Money at this time.