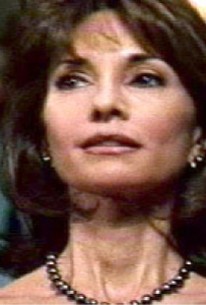 Blood on Her Hands Photos

The treachery of seduction takes hold when, after manipulating her lover to do away with her faithful husband, a scheming black widow stealthily begins plotting her next deadly move in a steamy erotic thriller starring Susan Lucci and Philip Casnoff. Isabelle Collins (Lucci) has been married to power broker husband Stewart (John O'Hurley) for over a decade, and despite his endless wealth, her eyes have begun to wander. After using her beauty to seduce rich and handsome widower Richard (Casnoff), Isabelle quickly manages to convince her new lover that she is stuck in an abusive relationship with no way out. Soon lead to believe that both of their lives are in immediate danger as a result of their heated affair, Richard is skillfully manipulated into hiring a violent parolee to do away with the unsuspecting Stewart. When the deed is finally done and Isabelle begins to grow increasingly distant to her ever-loyal lover, it doesn't take Richard long to realize that not only has he been manipulated into killing an innocent man, but he may be the next in line to die at the behest of the insatiable Isabelle.

Gloria Slade
as Eve
View All

Critic Reviews for Blood on Her Hands

There are no critic reviews yet for Blood on Her Hands. Keep checking Rotten Tomatoes for updates!

Audience Reviews for Blood on Her Hands

There are no featured audience reviews yet. Click the link below to see what others say about Blood on Her Hands!

Blood on Her Hands Quotes