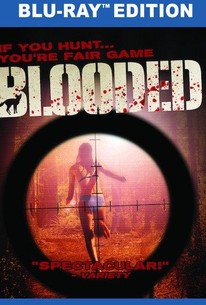 In October 2005, five young hunters were kidnapped in the Highlands of Scotland by animal rights activists. Stripped and abandoned in the the wilderness, they were forced into a deadly game where the hunters became the hunted. Their ordeal was filmed and posted on the internet as a warning to others: if you hunt... you're fair game. "Blooded" tells the full story behind one of the most extreme viral videos of modern times.

There are no critic reviews yet for Blooded. Keep checking Rotten Tomatoes for updates!

There are no featured reviews for Blooded at this time.